She heard his voice and ran

We tell our children,we tell ourselves, we tell other people: It’s not what is on the outside but what is on the inside that is most important. I think we like to believe that,though it is not true. Lets be honest here can we? If beauty were not that important why are there so many different types of make up and hair products,and clothing to enhance our features. You don’t see people saying “well I just wanted to look ugly today.”

No no one wants to be called ugly. It’s the way people say the word UGLY. It is said in a mean forced out way. Almost like a form of punishment. If it were in a song, it would be said  in the sound of a tuba or a drum. Yet we tell people beauty is not that important.

Pretty and beautiful people are treated better and or often trusted more often than less attracted people. In fact in a way we are taught that Ugly people can not be trusted and they are mean. Remember Cinderella she had two mean Ugly step sisters. And Snow White was tricked by an Ugly witch.  So from childbirth we are taught Ugly means mean and do not trust.

What I want you to think about is. The beautiful people did nothing different except be born beautiful. They are most likely outgoing and happy because people have always treated them and a nice manner.Unattractive people are treated mean because no body cares about their feeling or people do not think that they have feeling. Trust me in this, no one wants to be called Ugly.

Here it is November 2018 and already I sent so much money for various request to my children’s teachers. Yet this month they are still asking for more.This month alone they have pizza day,skate day, send copy paper becasue we are low day,  ink for the printer day,fun run day(to raise money for the school day),Spirit Night day( any child that goes to the designated  and bring in receipt the school gets a portion). Also this month the class room mom is sending home envelope  for the parents to donate money for the teachers gift. And a list of her favorite things is being sent home so that if possible we can just purchase the gift for the teacher and send it to school for the teacher.

It like it never ends, the need for money. I love my children’s teachers all of them. The very idea that they are teachers is very honorable to me. I think I would go a lot crazy if I had to be around so many children ALL day. Teachers GOD BLESS YOU ALL. I just want to know where is the money going. I am not asking you. I believe  you ask the same questions. Perhaps I am complaining to deaf ears. Every so many years we are asked to pay more on property tax and a .1 cent sales tax. Where is it going? Yeah more schools are being built but the supplies for the school(computers,paper, ink, etc…)

Teachers we want to help but we can only do so much. I’m just saying. Anyone else face this problem>

I saw this quote the other day and it made me think. Do beautiful girls really have to do hard things? I mean a movie was made called “Mean Girls.” These high school girls were mean to the up tenth level. In fact many movie about teen age girls always focus on the beautiful girl being mean. I would question why are they so mean.But then I know. They have always had things done for them and no one ever tells them no.And when someone finally does it is normally to late. Their ego is too big to except anything else. Have any of you ever had to deal with a mean girl

I’m just saying. The crazy happens when they don’t  have their way. 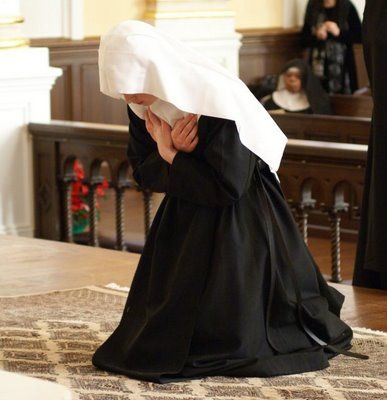 Just a thought. Why is it that the Nuns and Priest who want to force a particular concept on people are the same people not living by this concept. I will not claim to have read all of the bible, but I have looked for the part that states that a man should remain without sex to be closer to God. I have not found it anywhere.  Where does it come from and why do many priest not follow that rule FOR REAL. These are the people who do not believe in birth control. Probably because they are constantly sleeping with other men or molesting young boys and girls while still professing  their love of God. Hence no need for birth control.

Then there is the nuns which are often described as mean and abusive,not all of them. But do we really no what they are doing when no one else is around. We assume they are doing the right thing. Yet I am sure we made the same assumption about the priest.

Some Christians say they hate abortions so they tend to lean right. Make know mistake I do not believe that when a woman decides to have an abortion it is an easy choice. Most likely harder than making a decision to molest a child over and over and over again. No these two things are not the the same. But often one is forgiving while the other is frowned upon so much so that the woman is commended to hell.

What I do know about the bible is God gave us ten commandments and not just one. And the same people that only remember one are the same ones who think it is ok to kill someone for stand your ground or whatever reason they can justify in their head when a person on color, black or brown is killed. This could be for something as simple as getting a wallet out of your pocket (dead) walking home at night(dead) music to loud (dead) 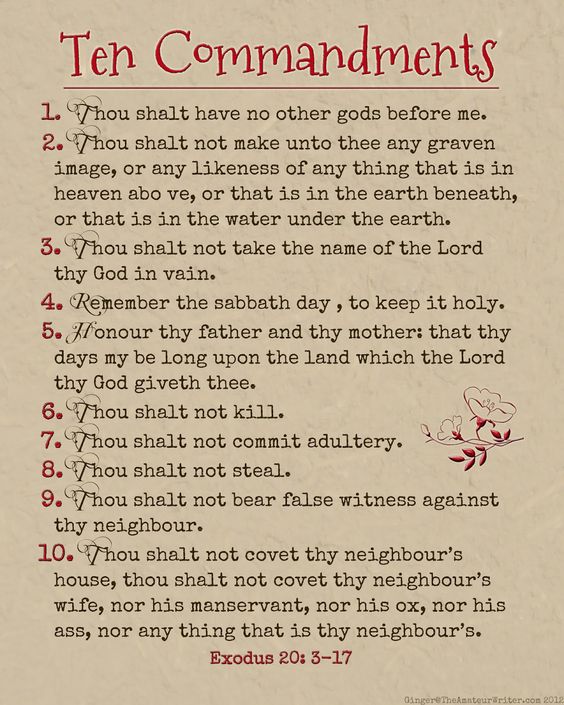 This does not say Christians to me, instead it says I can pick and choose which command makes me feel good never mind the rest. Please tell me what you think and where I got things wrong. Better yet someone explain to me the celibacy thing with priest and nuns. 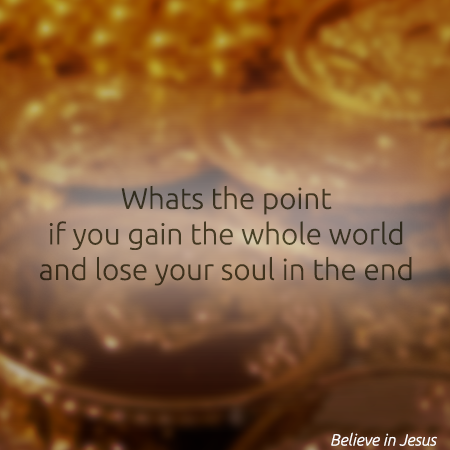 My son hears Donald Trump name chanted almost every time he turns on the TV. When we are riding down the road he will start to chant Donald Trump. I admit that is upsets me.And I found myself so close to yelling at him to make him stop. Instead I explained to him the way I see Donald Trump. I’m sure some of you reading this will not agree and some of you will agree. Either way I said these words.

“Son the reason it upsets me to hear you chant this man’s name is because, yes a lot of jobs have been brought back to the country. Unemployment is down. Some people are getting richer.But it’s like this: if you had a job where you dug holes all day and now you are promoted to a where people kick you all day would that make you happy?” I know there probably is no job where they kick you all day, but who knows. I went on to tell him, “Money can’t fix all your problems it does help but only so much. Donald Trump has been giving everything he has ever wanted and he is still not happy. And not just him there are many rich people who are not happy.Money is not everything.”

As a country we are being torn apart. Some of us see it, and yet we can’t believe our eyes and our ears. How can so much proof of lies be verified and people still believe the lie. Then I think about it. Most people can justify anything. on Seinfeld George justified  running out of a burning building while pushing women and children down by saying he was clearing a path.

What are people telling themselves to believe Trump lies. And what is the cost of these lies to us as a society. Will it be fun to have the biggest house in the neighborhood and you can not talk to your neighbor. Will it be cool to have the nicest car and have people throw rocks at it because they hate the person driving it.

Will we look at ourselves later like  Oscar Schindler and realize almost to like what we have done. People I leave you with this.  And what do you benefit if you gain the whole world but lose your own soul? Mark 8:36 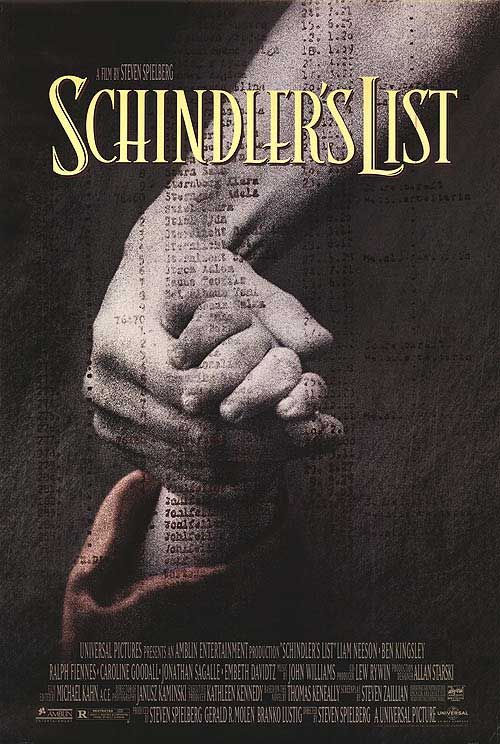 This could easily be us. 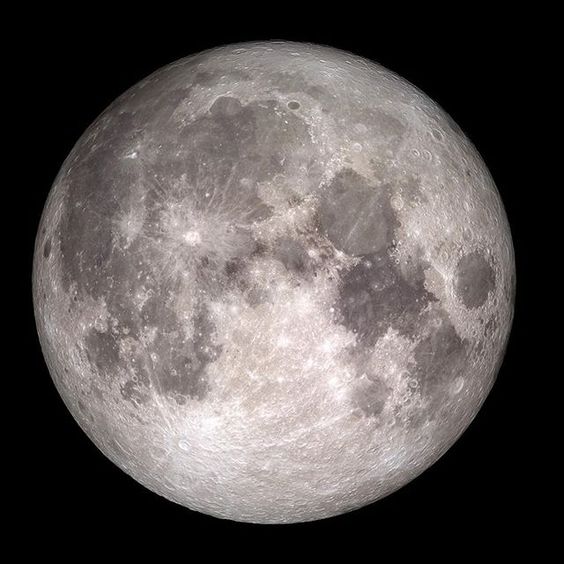 I will start this blog off by admitting I am left handed. To say that according to my mom is admitting that I am backwards. I tend to think that I don’t think like other people do. I think way more than outside of the box. I tend to think in circles that surround a box. Perhaps I am  loosing you here. Give me a minute will you. Somewhere in my mind all things come together. Okay okay where am I going with this.Okay here goes

You would have to have been pretty much away from everything moving in order to know that only a couple of days ago there was this big hullabaloo about the mega millions. The very idea that a person could become an instant almost millionaire perhaps even a billionaire made people crazy. There were lines miles long across america of people spending thousands of dollars in hopes of becoming filthy  rich instantly. In California alone there were more than 500 tickets sold per second. People truly believed that they could possibly be the next billionaire, millionaire, next winner. Right

My questions why do so many of us believe that we could easily be the next billionaire but were never believe we can be the next person to get addicted to drugs. Why don’t we believe the school our child goes to could be the place of the next school shooting. Why don’t we think something bad will ever happen to us.I mean truthfully I’m sure the odds would be about the same as winning the lottery. Hell the odds may be greater , yet we still believe we can win the lottery, so much so that we put money on it.

Just think if we put as much enthusiasm as we do in winning the lottery,in being healthy and keeping our children safe the world would be a better place. No make no  mistake.I don’t want people to loose their since of belief and the ability to dream. There is nothing wrong with chasing the moon, because sometimes the problems comes when you actually catch it. I’m just saying

People tell me of things you chased your whole life only to get it and regret it.

Scroll to Top
Letting the crazy out, so the calm can move in(poetry and other things)
Blog at WordPress.com.
%d bloggers like this: